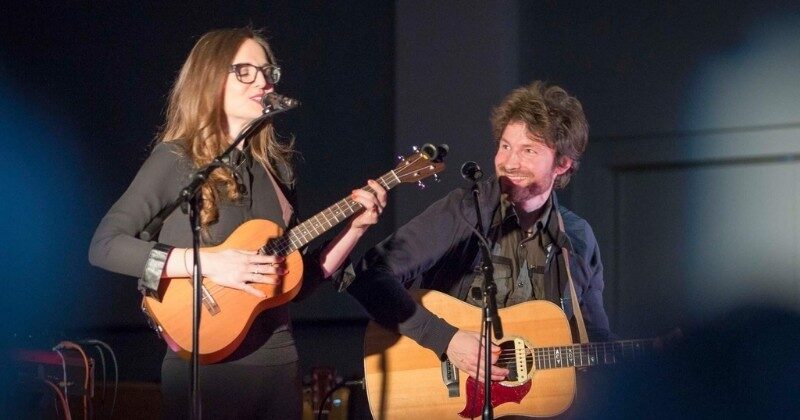 The New Reform Temple is thrilled to welcome Becky and Nathan Bliss to our Temple family as our new musical soloists. They began leading Friday night worship and the morning services of the High Holy Days on August 26, 2016. Rabbi Londy commented: “I am thrilled that they have joined us. They bring a level of musical talent, experience, and passion that will profoundly enrich our congregational worship. They are without doubt among the most talented musicians that I have worked with during my career.”

Introduced by a booking agent in Kansas City in 2005 after college, Becky and Nathan both eventually moved to Brooklyn, got married, and started the indie folk band, Barnaby Bright. After the release of their first full-length album in 2009, they began touring extensively all over the world, playing roughly 150 shows a year. After six years of steady touring, releasing three full-length albums, winning several international songwriting awards and gracing such notable stages as Lincoln Center and NPR’s Mountain Stage, they returned to Kansas City.

Their most sincere hope since they began their musical journey together over 10 years ago was that their songs and sounds would inspire, uplift and connect audiences to something greater than themselves. The New Reform Temple looks forward to being inspired by their musicianship and spirituality.

The New Reform Temple is a progressive and intimate Jewish community in the heart of Kansas City.